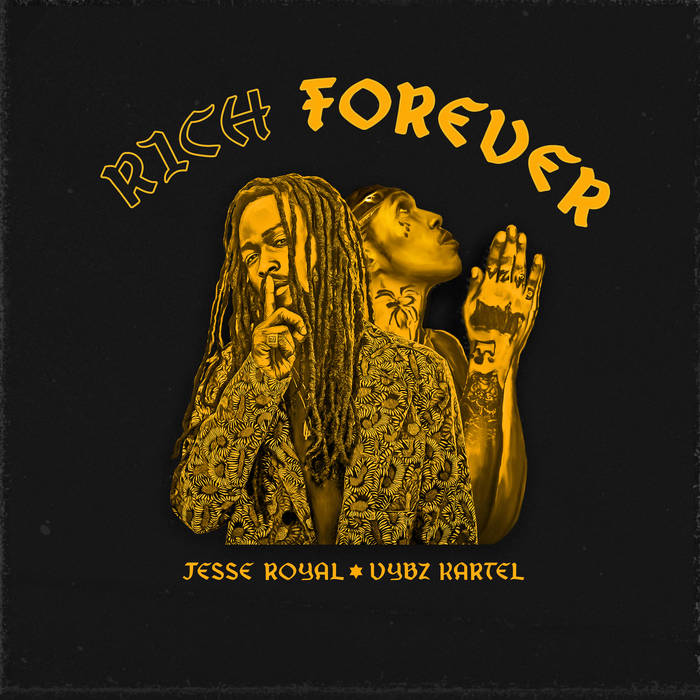 Jesse Royal unveils his latest single “Rich Forever” featuring dancehall’s self-proclaimed “World Boss” Vybz Kartel. The song is from his anticipated sophomore album Royal, slated for June 11th, 2021 via Easy Star Records. This cross-genre collaboration between both artists unifies people’s differences to support a common goal – to be “forever royal.” It serves as a reminder of the internal strength and mental fortitude human beings possess, which prepares them for success in a society designed for their failure.

“Rich Forever is a divergence from identifying with the degradation dispersed for generations by them and those who oppose reality and simply put, it is a conversation about restoration of our royalty and reclaiming dignity,” states Jesse Royal.

The beat, produced by Jamaican upstart iotosh (responsible for Protoje’s “Deliverance” and “Self Defense” and Jaz Elise’s “After 3” feat. Mortimer), starts off with eerie keyboards then introduces percussion drums and glides into a Trap-esque finish. It’s a classic representation of the current movement in Jamaican music, a melting pot of genres while still innately blending in the native sounds of the island.

Bandcamp Daily  your guide to the world of Bandcamp

outré black metal, with a Victory Over the Sun interview and music from Liturgy and Jute Gyte.